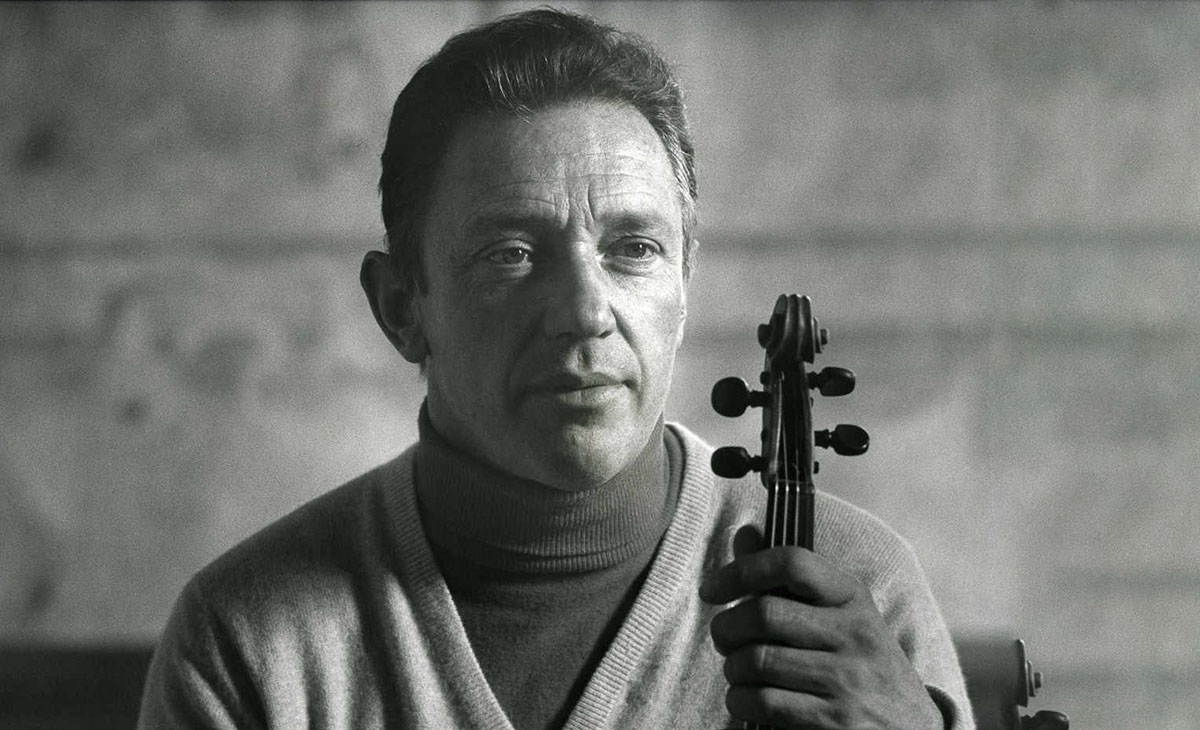 Student and then assistant of Alberto Lysy, Robert Masters and Yehudi Menuhin at the International Menuhin Music Academy in Gstaad, Adelina Oprean completed her studies with Sándor Végh at the Salzburg Mozarteum Academy.

She has received many prizes, including First Prize at Colmar and at the Carl Flesch International Competition in London in 1982. She is also a prize winner in Piano Trio competitions in Geneva and Belgrade, and in the 1981 Joachim Violin Competition in Austria.

She has recorded the Enescu Sonatas and Fiorillo, Viotti, Haydn and Vivaldi concertos on the Hyperion label.

Since 1985 Adelina Oprean has taught at the Music High School in Basel, and since 1997 she has also been a member of the ARIA String Quartet.

Studied with Adelina Oprean in Basel, Sándor Végh at the Mozarteum Salzburg, and at the International Menuhin Music Academy with Alberto Lysy. He completed his training with Walter Levin, Hatto Beyerle, Sigmund Nissel, Yehudi Menuhin and Joseph Silverstein.

In 1994 he founded the Ligeti String Trio, winning several competitions including the Osaka International Chamber Music Competition in Japan.

As a soloist, Igor Keller performed with orchestras such as the Orchestre Philharmonique de Strasbourg, the “Nouvel Orchestre de Radio-France”, the Sinfonieorchester Basel, the Württembergisches Kammerorchester as well as the Camerata Academica Salzburg.

A member of the renowned Amar Quartet since 2006, Igor Keller has played in most major venues in Europe, including the Wigmore Hall, the Lucerne Festival, the Tonhalle Zurich, the Menuhin Festival Gstaad and the Lockenhaus Festival.

He has extensive orchestra experience as well, as guest concertmaster with numerous symphonic and chamber orchestras. Since 2010 he has been first concertmaster of the St. Gallen Symphonic Orchestra.

Recordings include CDs for “Musiques Suisses”, NEOS and Léman Classics, as well as the complete Hindemith string quartets for Naxos.

Silvia Simionescu, international well-known violist enjoys a diverse career as a performing musician that has taken her all over the world. Her appearances in major venues such as Auditorium Barcelona, Philarmonia Saint Petersbourg, KKL Luzern, Teatro Colon Buenos Aires, Zurich Tonhalle, Casals Hall in Tokyo, Beethoven Halle Bonn, Wigmore Hall, Mozarteum Salzburg have been praised for her exceptionally passionate, intense and intelligent musicianship. Born in Romania, Silvia Simionescu took up playing the violin at the age of seven. She joins the International Menuhin Music Academy, in Switzerland, where she studies violin and viola with Yehudi Menuhin , Alberto Lysy and Johannes Eskaer.

Prizewinner in several international competitions, among others 1st Prize in the Brescia International Competition and 1st Prize of the Osaka International Chamber Music Competition (as a member of Trio Ligeti) she has performed as soloist in Romania , Japan and Italy. Over the years she was invited to perform in important chamber music Festivals like: Mont Fuji Festival, Folles Journées de Nantes, Kuhmo Festival, Sangat Festival (Bombay), Menuhin Festival (Switzerland), West Cork Festival (Ireland). As a passionate and devoted chamber musician she has the great opportunity to enrich her artistic experience playing with great artists such as Joshua Bell, Carolin Widmann, Ana Chumacenco, Alberto Lysy, Bruno Giurana, Leon Fleischer, Alexander Lonquich, Jurg Widmann, Cristian Poltéra. Since 2009, she is a member of Gringolts String Quartet and highly enjoys the most amazing masterpieces of the string quartet repertory.

Praised by worldwide critics for his musicianship and communication skills, Pablo de Naverán has captivated both the public and the critics since a very young age.

Born in Bilbao, he began studying cello with Mihai Besedovschi, being selected at 17 in the prestigious 'International Menuhin Music Academy' in Gstaad, Switzerland, where he studied with Lord Yehudi Menuhin, Alberto Lysy and Radu Aldulescu, an experience which profoundly influenced his career. He later joined the class of Philippe Muller at the Conservatoire National Supérieur de Musique in Paris, where he completed his academic degree, obtaining the highest distinction.

At the age of 27, Pablo de Naverán was appointed Professor of Cello and Chamber Music at the International Menuhin Academy in Switzerland. He is also a member of the prestigious Tharice Virtuosi, and enjoys regular invitations to give masterclasses in Switzerland, Spain, Belgium, France, Argentina, and Portugal.